Welcome to St Mary's website! Please check out our News and Events section where you will find all of our Open Day information (which this year will take place on Wednesday 17th November) as well as videos and other information. Paper Copies: If you would like any paper copies of any of the information on our school’s website, we will provide this free of charge.
Log in

English and Maths Scheme of Work

Please get familiar with the geography of China. 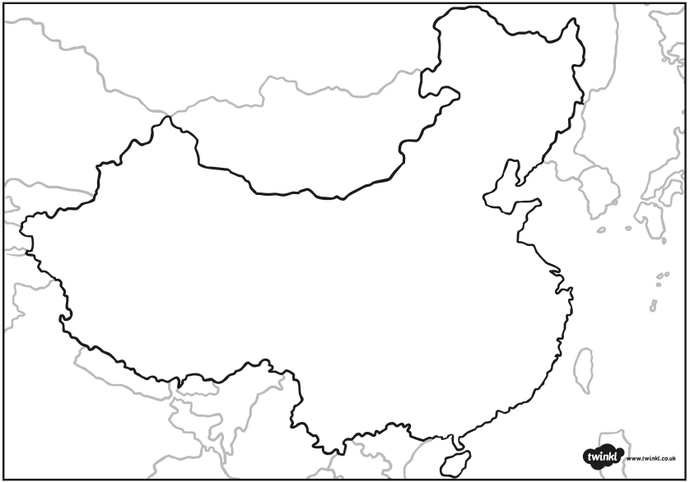 Use this map from Twinkl to fill in with different geographical features. Below, you will find links to other mapping resources to aid you in this.

A link to a larger version can be found here: https://primarysite-prod-sorted.s3.amazonaws.com/federation-marys-and-hallingbury/UploadedDocument/76b2a49d25464aaf91386c4bbe0b0d69/china-map-twinkl.png

If you have an atlas at home, that will help! So too will online maps.

LO: I can use maps to become familiar with the shape and borders of a country

Mild: When completing at least one of the tasks below, focus on drawing the outline of the country accurately and in proportion and focusing on features, such as bordering countries or cities or rivers.

Medium: When completing at least one of the tasks below, make comparisons between China and other familiar countries, including Great Britain. Consider the relative size and population of China.

Hot: When completing at least two of the tasks below, showing different aspects of Chinese geography (e.g. human features such as cities compared with natural features such as rivers), think about and discuss how the physical geography of China has affected the human population. For example, consider how the major rivers have influenced where people live and how they farm.

1) Draw your own outline map of China and its local countries. Label China, identify and label all the countries that border China to become familiar with the region. Alternatively, you can do this on a computer. This applies to any of the tasks below. Drawing the map will make you more familiar with the outline.

2) Draw a map of China, showing the major rivers. Label them. What can you learn about these rivers, especially the Yangtze and the Yellow River?

3) Draw a map of China, showing the Great Wall. On your map, as well as showing the outline of the wall, add pictures showing what the wall looks like and a few fact files to describe it and its history.

4) Draw a map of China showing some of its major cities. Around the outside give interesting facts about some of these. You might want to include the population figures for some of them.

5) Draw a map of China showing the provinces. Again, add some interesting facts around the outside of the map.

6) Draw a map of China showing where different species of wildlife might be found, for example pandas. Add facts relating to these animals around the outside.

7) Draw a map of China showing landmarks and attractions that interest you, adding some background facts to the border of your map.

8) Draw maps of China or parts of China - for example cities or provinces - that reflect things that interest you.

Unfortunately not the ones with chocolate chips.

Some cookies are necessary in order to make this website function correctly. These are set by default and whilst you can block or delete them by changing your browser settings, some functionality such as being able to log in to the website will not work if you do this. The necessary cookies set on this website are as follows:

Cookies that are not necessary to make the website work, but which enable additional functionality, can also be set. By default these cookies are disabled, but you can choose to enable them below: